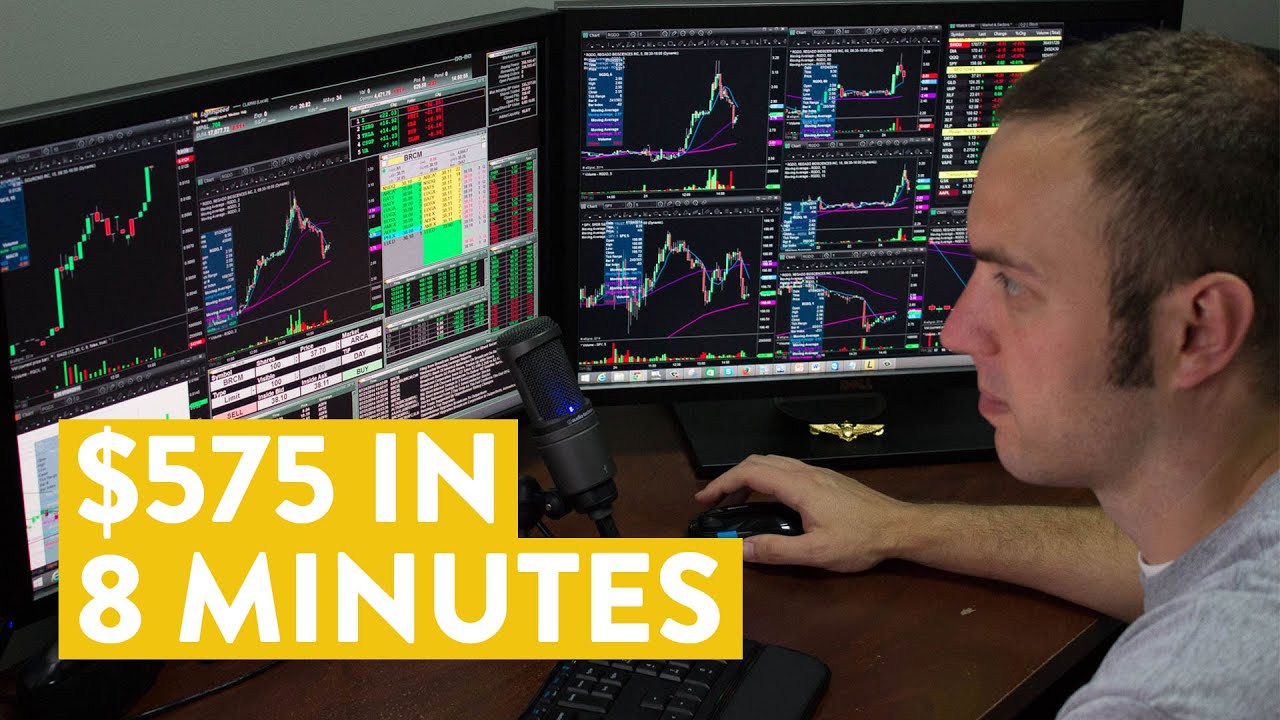 Day trading stocks online can be a great side hustle or full time job. For me it’s a side hustle and when it allows me to make over $500 in under 10 minutes, I am more than happy! If you are someone who is willing to work hard, study hard, and grind it out, then the stock market and world of day trading is something you should consider. By no means do you need to quit your day job; however, if you are simply looking to build wealth through several income streams, day trading can be a great strategy to use! To be clear, making consistent money online from the stock market does not happen overnight, but if you are willing to put in the time to learn how to day trade stocks the right way, the sky is the limit! Let me show you the power of the stock market by using some of my personal day trading results I captured on video. Let’s get to it!