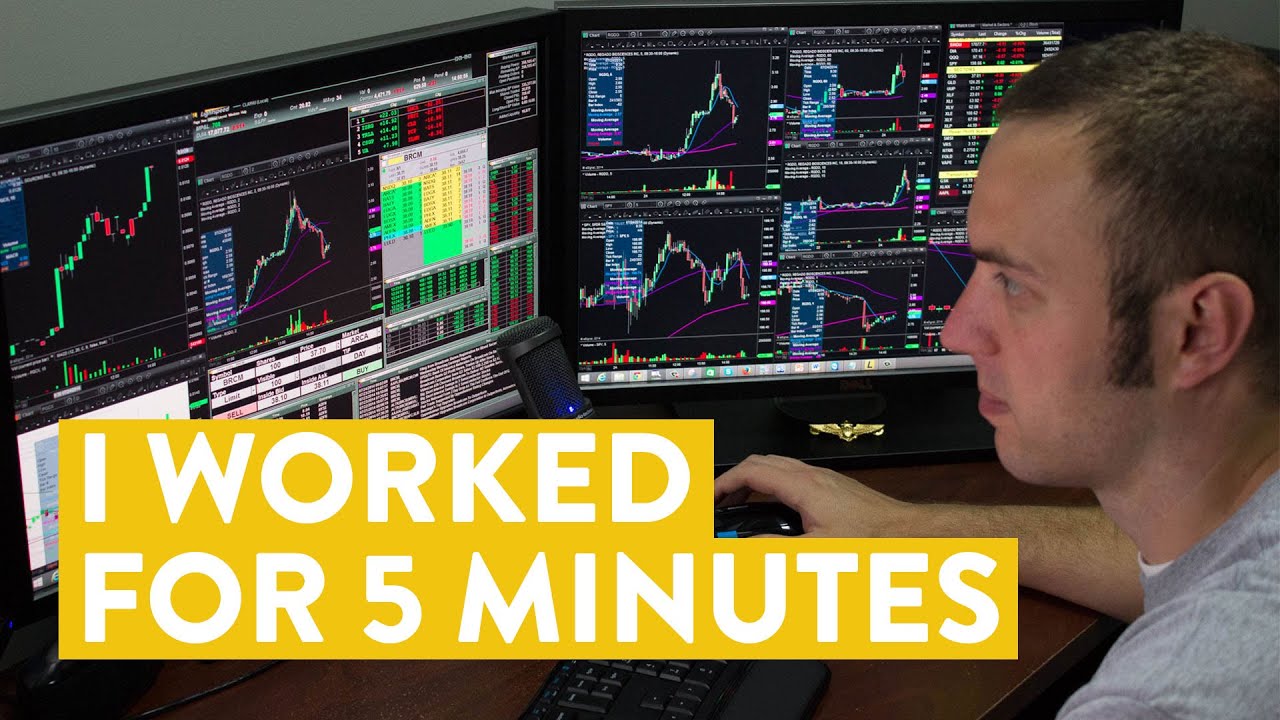 As a beginner day trader it is easy to fall into the trap of thinking that you need huge amounts of time in order to make money as a trader. While I can understand this though, one of the best things about being a day trader is that it requires very little time! For full disclosure’s sake though, at the start you will need to put in the time, work and dedication to learn how to day trade online the right way with the right strategy; however, once you have those pieces in place, you don’t need much time to make money. I’m aware these are all “just words” though, so let me show you some of my personal day trading results that show me “working” for 5 minutes. What kind of results could I obtain for only 5 minutes of my time? Let’s see what happens… would it be worth your time to learn the skill of day trading as a side hustle?