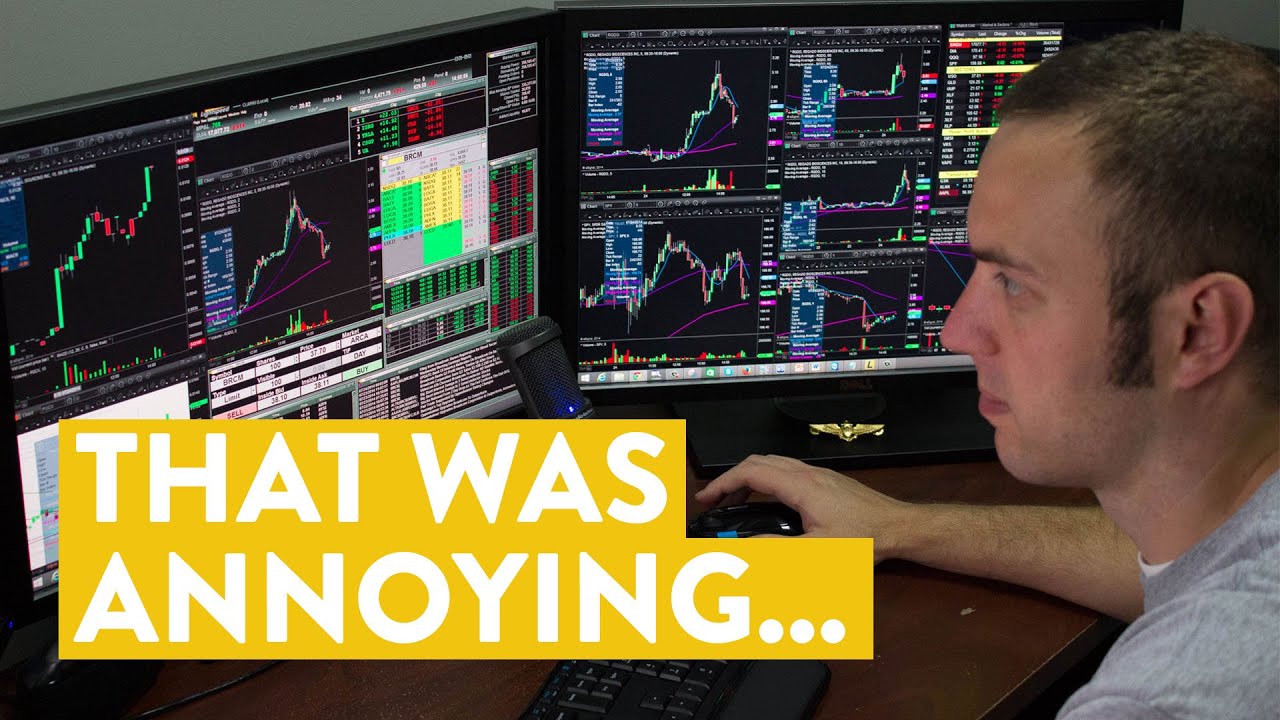 I truly wish I could sit here and tell you that becoming a day trader and trading stocks online will always produce glorious moments. In the spirit of transparency though, that could not be any further form the truth. Of course, there are certainly times when it feels like you can do no wrong and the money flows in; however, there are other times where you are just going to be annoyed. You are going to start off the day feelin great and feeling like you have a very high chance of making money, and then the stock market decides to do its own thing. As day traders, the quicker you learn how to day trade with the understanding that the stock market makes no guarantees and can do whatever it wants, the quicker you will begin to understand how to react to the days that are annoying. The life of a day trader produces awesome moments, but wow, it sure can get annoying from time to time! Let me show you what I mean!