Trading Academy 101: How to Avoid the Pattern Day Trader Rule 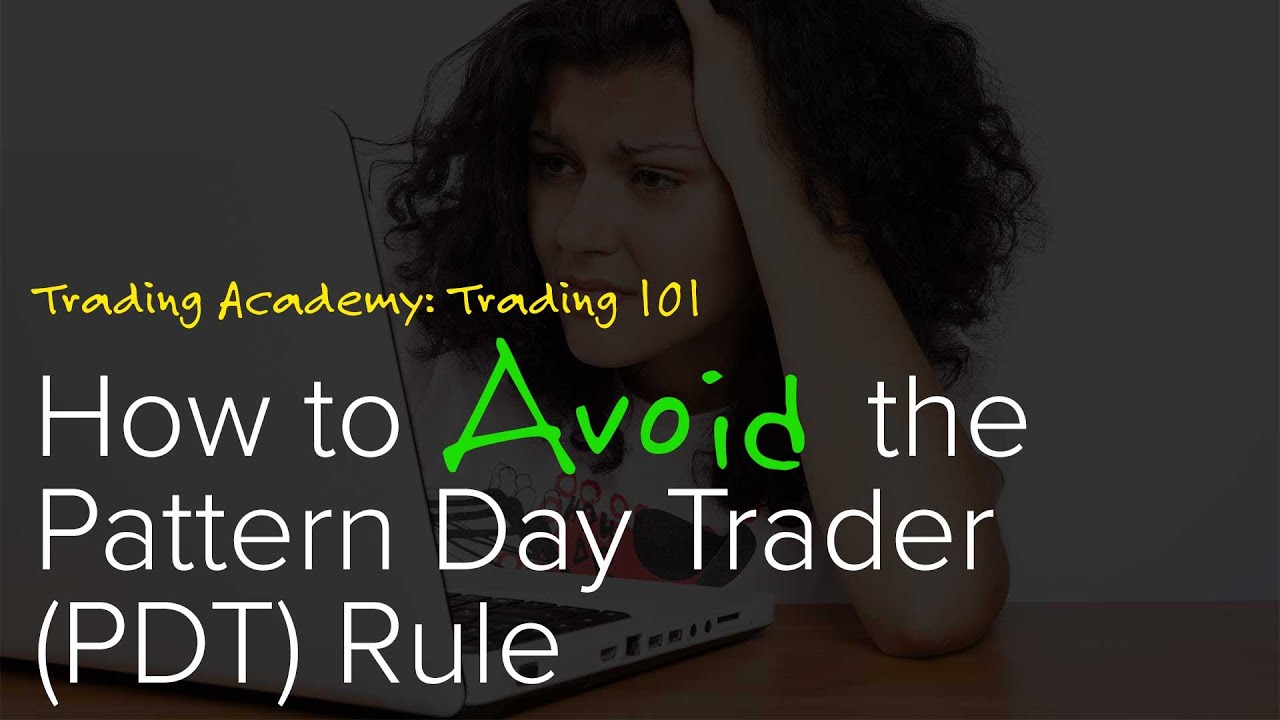 One of the most annoying things in all the stock market, not being able to trade as much as you want because you have a small account. In this video, I’m going to give you the solution to this very common problem.

So, in this video I’m going to talk about how to get around what is known as the pattern day trading rule. Pretty much this is what holds people back from being able to trade as much as they want. But there are some ways around it, and I got to give credit where credit’s due, I was actually unaware of a couple of these things, but then through the chat room and talking with a couple members that brought them out and I thought, “Wow, this is truly game changing for the people with smaller accounts.”

So, what I want to do is just go overcome simple steps that you can do to get around this rule and basically be able to trade as much as you want.

So, first thing that you need to do in this process. So, let’s talk about the process here. Is you need a cash account. Cash account, not margin. Now what I was unaware of is that the pattern day trading rule, that applies to margin accounts, but not cash accounts. So that step is crucial. Cash account is what you either need to open up a new account as, or change your current account to. But it’s all about the cash account.

Second thing you need to do is learn options. Now you may be thinking, “Oh great, I got to learn something new.” Well, options I promise are not that difficult, especially if you’re just looking to trade them and I have a course for it. Sure, I’d love for you to buy my course, but even if you don’t, point being for this all to work, got to learn options but options are very similar to stocks. Sure, they’re a little bit different.

Now there are very complex strategies out there, things can get pretty intricate in detail, but there are other very simple ways to approach options and like I said that’s what I teach in the course, the very simple approach.

But regardless, options need to be learned, but don’t be intimidated by that, they’re truly not as bad as what a lot of people, kind of the stigma that surrounds them, they’re not nearly as bad as what for me for a long time I thought they were super complex, and while you can make them super complex, they don’t need to be that way. But second thing is, got to learn options. And the key thing here, you don’t need to do anything, but it’s what options allows you to do.

Again, cash account, sure it doesn’t, it would applies to stocks too as far as the pattern day trading rule, but the stumbling block is the T + 3. You have to wait three days in order to get access to the money. But with options, only have to wait one day. So again, on Monday you can make a trade in an option, and then Tuesday your money is available to you once again.

So, let’s look at it like this. Let’s say that you have $500 in your account. And you say, “You know what, on Monday I want to divide this into a $200 trade, a $200 trade, and a $100 trade.” You may be thinking, “Ah, that’s going to be kind hard to make money with using that small of amounts.” With options, that is more than enough. So that is just kind of one of the hidden things about options is you don’t need a lot of money to make money.

It’s all going to vary, obviously, but the point being is as soon as Tuesday comes around you have access to everything that you had on Monday, whereas with stocks, you’d have to wait three days for things to settle.

So, let’s just say you did three trades a day. There’s five days in a week, so you could have 15 trades per week if you wanted to. Obviously if you had more money in your account you could do even more trades. But the point being, with stocks, you’re not going to have 15 trades a day, or excuse me, 15 trades a week if you only have $500 in your account. If you’ve been around you already understand that. Maybe you’ve already tried and you’re thinking, “Yeah, the T + 3, the three-day settlement, you know, that’s killing me.” So again, with $500 and just stocks, even if you have a cash account, you’re not going to be having 15 trades a week, that’s just not going to be happening. But with options, thanks to the T + 1 rule, you could literally have 15 trades per week if you wanted to divide that up.

Maybe you’re thinking, “Well that seems a little too many.” Yeah, maybe a little too many, but it’s just for you know, just for example say to show you how many trades you can actually start to do thanks to the T + 1 and the cash account that options allow you to have.

So, if you haven’t really looked into options, or just think, “Ah, they’re just too complicated.” Give them a try, this like I said, as far as I’m concerned is game changing, there’s so many and it’s one of the big questions I get. “Is there any way, does the pattern day trading rule, does it apply to me, can I get around it?” Yeah, there’s some other ways you can get around it by going offshore and stuff like that, but I mean did you hear what I said, offshore? If you want to kind of invite the IRS to come audit you, I guess that’s your prerogative, but when there’s ways like this that are out there that are completely legit, don’t require offshore brokerage accounts or anything like that, I think this is a much easier and efficient path to being able to trade more often.

Give Options a Try

So, like I said, I do offer a course on options. And like I said, don’t equate options with complicated. That’s what I did for the longest time and it’s just not the case. They can be very straightforward and simple, and that’s what I strive to do in the course, so check that out if it sounds like something that you want to pursue.

But bottom line, whether or not you want to learn from me in my course, I’d get out there and consider giving options a try, because you’re going to have a lot of flexibility, and it is truly a solution to the very annoying, very just, very talked about pattern day trading rule.