Options Trading: From Theory to Reality

It is easy to talk about something and how beneficial it is, but actually turning it from theory to reality is a whole different ballgame (as the old saying goes, “talk is cheap” – I agree). As of late, I have been doing all sorts of talking in regards to stock option trading and the opportunities it provides, but quite truthfully, it has all been in theory.

Theory is always a great place to start with conveying and suggesting ideas; however, in the world of the stock market it’s pretty useless unless it can be converted into reality. What is considered reality? When it comes to finances, it’s quite blunt: making money.

I believe there is little doubt that, in theory, options have awesome attributes they provide to traders. The biggest positive characteristic in my opinion is providing a solution to traders with smaller accounts (‘smaller’ defined by the government as less than $25,000) to avoid the pattern-day-trading (PDT) rule.

To go along with this, options also allow those with smaller accounts to make money from declining stock prices while keeping risk under control. And then of course, there is the stereotypical talking point regarding options and how they can open the doors to huge gains. With all this being said, I’ll be blunt, none of it matters since it is all being discussed in theory.

Theory to Reality? Can Traders Actually Do It?

As we’ve already discussed, the stock market defines reality as to whether or not a theoretical concept can be converted into making actual money within the market.

The good news is that the theory of options can definitely be converted to reality and make you money. Once again, I realize this previous statement is just talk, so it’s time to provide some actual proof. 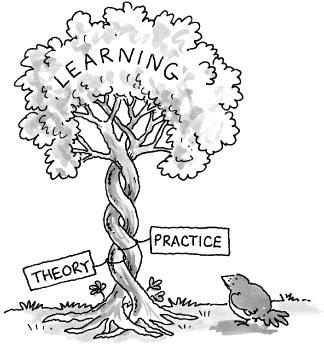 I want to take providing proof a step further though. In what way? I could simply provide examples from my trading that show I’ve made money from options and then sit here and proclaim how great a trader I am; however, what does that do you for? Other than wasting your time having you listen to me stroke my ego, it does nothing for you.

I want to focus our attention on three different traders who have submitted their options trades to me. This way, it isn’t one of these “me, me, me” things, but rather, showing how real world people are taking the theory of options and turning it into profitable trades.

One big disclaimer: these four traders are all ClayTrader University students. I bring this up because I don’t want the following to come across as, “sign up for options, make money! It’s that easy!” These are traders who have invested time and money into their education, and they are now reaping the rewards. These traders by no means stumbled in off the street, opened an online brokerage and then BOOM! started making money with options.

The first trader emailed me with multiple trades they’ve made over the past few days. What I like about this trader is that they show options can be used in day-trading or swing trading (holding overnight). In this first real life trade, the trader decided to get involved with a much higher priced stock, Apple Inc. (AAPL). 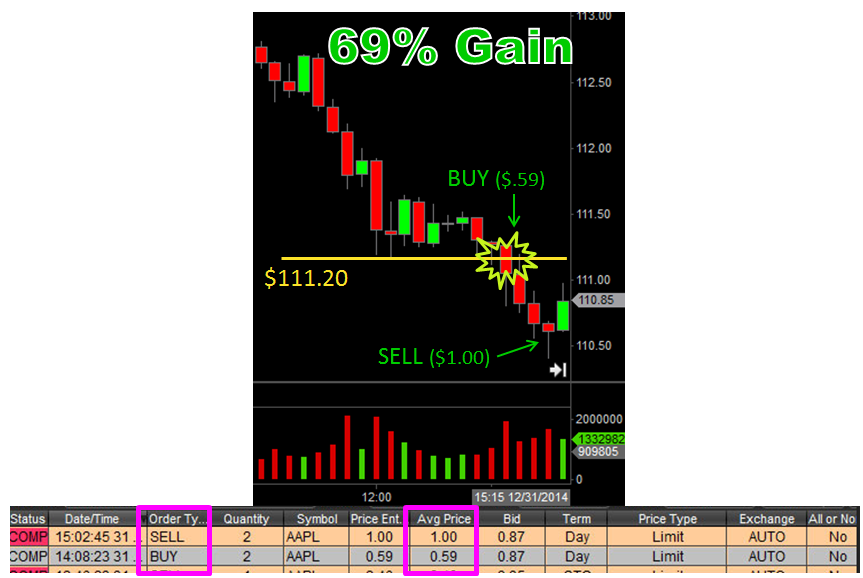 The above options trade was a day-trade; however, in this next case study, this very same trader shows that options can be applied to swing trading strategies as well. 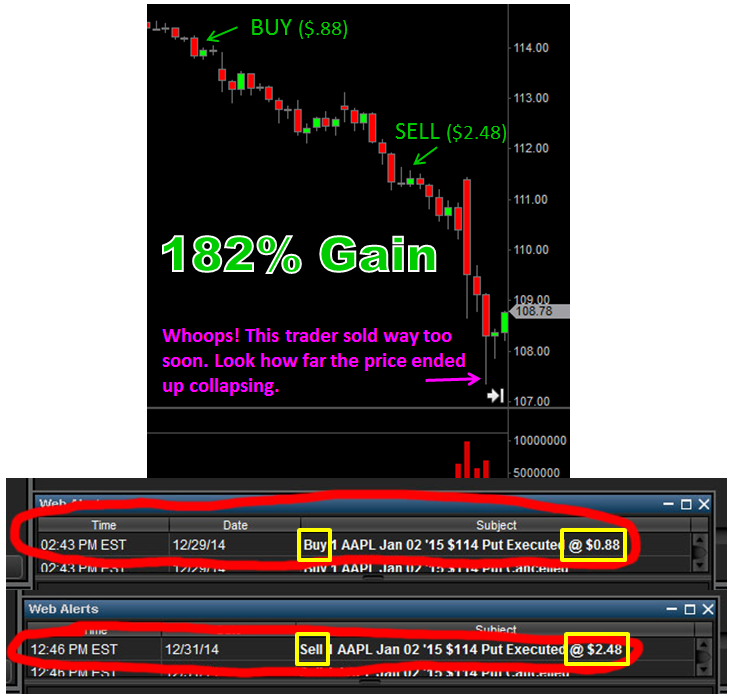 Below are a few additional options trades this particular trader emailed me. Not nearly as large as the previous two we’ve discussed, but hey, if you are expecting massive monster winners every single time, you’ll be disappointed.

The next trader paid for the entire ClayTrader University program in one trade, it’s pretty awesome! One trade, the whole package paid for. It doesn’t get any better than that. Thanks to GoPro, Inc. (GPRO) options they were able to pull in a gain of $1,600… in one day. 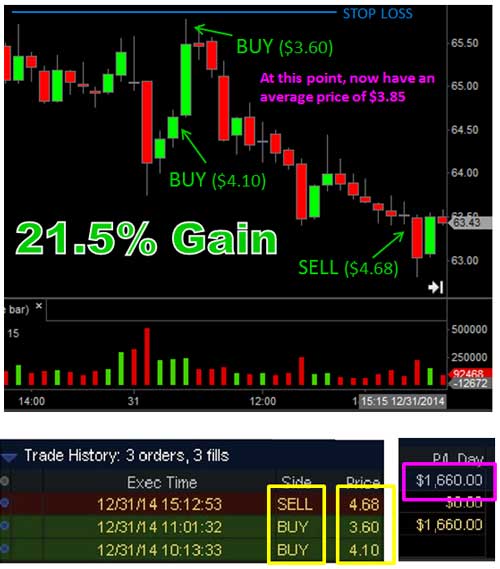 This next trader does a great job of showing why risk management is so important. As you can see in the screen shot below, did they have a flawless day? Nope. While flawless days are possible where all you have are winners, there are also going to be times where you lose money. The key is balancing risk vs. reward.

Let’s take a look at the trade that gave this trader a very nice “cushion” for the day, Google Inc. (GOOGL). 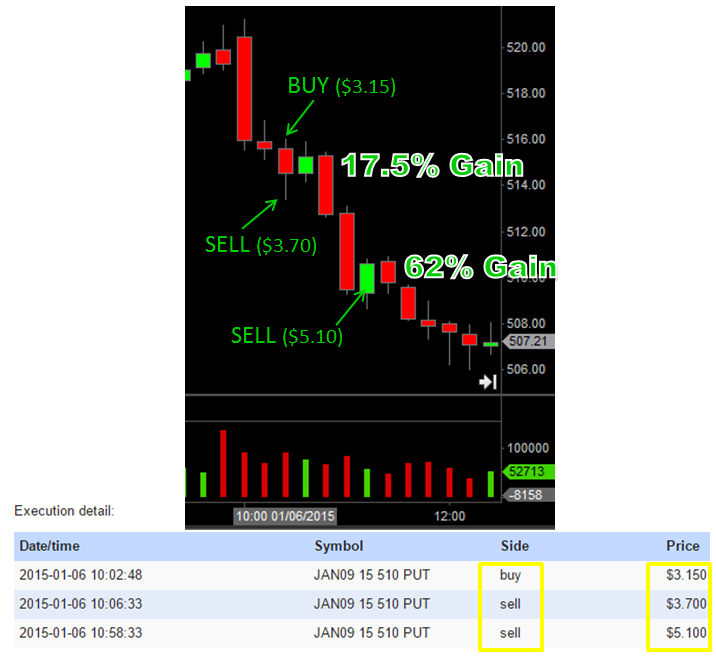 This next trader not only made money on an option’s trade, but also alerted the trade set-up to my private trading group in the chat room. While the alert you see below may not make sense, within the context of the chat room, it made perfect sense. “Lingo” is important in trading as it allows bigger amounts of information to be communicated in very small ways. 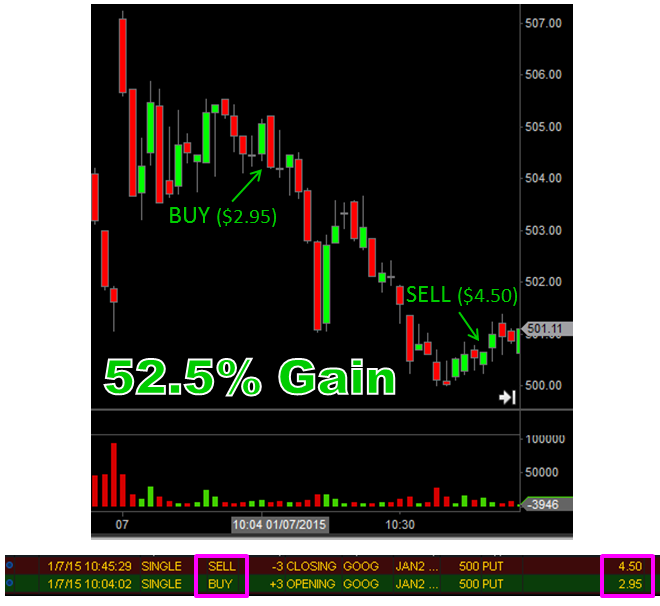 The option trader in this final real life case study is me. However, in this case study we are going to take a look where my trade idea was wrong. I’ve mentioned it before already, but I want to reiterate that not every single options trade is going to be a grand slam. Anyone trying to portray that to you is simply “marketing” to you.

The point I want to get across here is the importance of a plan. If you don’t have a strategy in place that you can form plans around, then stay away from options… but also stay away from stocks, bonds, commodities, forex, futures and anything else. The financial markets were designed to eat up those traders who have no plans and are simply gambling.

Like I’ve mentioned, despite me being wrong in my trade idea, with my plan in place, I was still actually able to pull out a small profit from the trade. 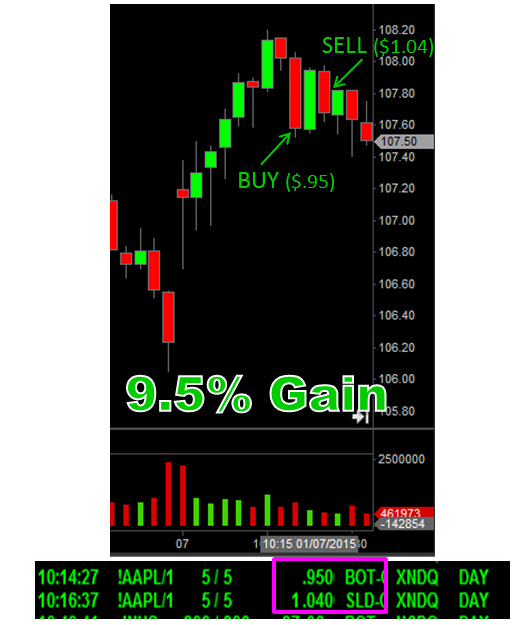 My trade idea was to buy on the pullback and then look for a quick bounce. The bounced happened and was quick; however, contrary to what I believed would happen, the bounce ran out of strength in the blink of an eye. Seeing this, I realized my idea was wrong, so I exited the trade. While 9.5% on the gain is small peanuts compared to all the other trades we’ve looked at, I’ll take a small gain over a loser any day of the week.

Options are an excellent trading vehicle and as you’ve witnessed, it is possible to turn the theory of options into reality with the cold hard cash of profits.

What should your next step be? Get educated! Hopping right into options with no solid plans and strategies in place is putting your money in front of a freight train… and no, I’m not exaggerating. Options are not to be taken lightly if you are not going to treat them as a business and work hard.

If you’re not ready to invest into your education in a monetary way yet, then check out my FREE training event HERE.

To all other Inner Circle traders who submitted their trades, I apologize if I didn’t use yours. It was a great problem for me to have. There were so many to choose from, but only so much space available in this article. All I can say is keep up the good work and stay disciplined!